The Arab Gulf is overhauling its identity. After more than half a century of focusing intently on the commercialisation of its vast oil and gas reserves, Gulf leaders are spearheading the growth of knowledge-based economies. The petrodollar-filled treasuries that have enabled the region’s desert sands to bloom into skyscraper-filled metropolises are being diversified; hydrocarbons will be one spoke in the region’s economic wheel, rather than the entire frame. Other spokes will include finance, technology, tourism and new types of energy production, such as renewables and nuclear power.

Gulf leaders’ aspirations detailed in National Visions aim to create globally competitive economies based on the creation and export of knowledge, with enhanced education and greater innovation as overarching themes.This extraordinary strategic re-think hedges the region against the day when hydrocarbon resources inevitably run low.

The ethos voiced by the UAE, an influential member of the Organisation of Petroleum Exporting Countries (OPEC), best summarizes this historic shift. Sheikh Mohammed bin Zayed Al Nahyan, Crown Prince of Abu Dhabi and Deputy Supreme Commander of the UAE Armed Forces, highlighted the importance of investing in education today to craft a knowledge-based economy tomorrow: “The question is, 50 years from now, after we have loaded the last barrel of oil, are we going to feel sad? Our investment today is right. I think - dear brothers and sisters – we will celebrate that moment.”

Similar sentiment is echoed across the Gulf. Saudi Arabia’s National Vision 2030 sees the OPEC linchpin and the Gulf’s biggest economy proactively carving out a post-oil future, including deepening international alliances. This year alone, the Kingdom signed up to $200 billion worth of deals supporting a post-oil era with the US, the world’s biggest economy, and deals with China for up to $65 billion, the world’s second-largest economy.

But the reshaping of national agendas does mean the region is turning its back on the very industry that has made it so globally influential – it’s simply about adding more ingredients to the feast. At the very least, sustaining today’s prominent role in energy production is integral to safeguarding national security. Energy major BP forecasts a 49% increase in the region’s energy demand by 2035 alone, with the region expected to produce a third of the world’s oil within the same period.

The region’s intellectually-charged future holds huge potential for the strained job market. The Middle East and North Africa (MENA) have the highest youth unemployment rate in the world; 27.2% in the Middle East and more than 29% in North Africa, according to The World Economic Forum (WEF) in 2014. Gulf countries must transform this major challenge into an economic and social dividend; focus on the solution, not the problem.

"Pinpointing synergies is integral to inspiring positive change locally and educating the world on the region’s new norm. Knowledge is king"

Youngsters’ interest in forging career paths has been bolstered by the ever-lengthening list of local professional opportunities. Bahrain’s plans establish a fintech-focussed venture capital fund underpins the country’s aim to become a bigger player in the global fintech market, which KPMG said reported $3.2 billion worth of investments worldwide in this first quarter of this year.  The world’s first operational Hyperloop system between Dubai and Abu Dhabi – passengers travel between the cities at a mind-boggling 1,200 km/hr, narrowing the journey to just 12 minutes – looks increasingly viable and Saudi Arabia’s current construction of the Jeddah Tower re-thinks structural norms. Designed to reach 1,000m, it will be the world’s first 1-kilometre building– approximately 550ft taller than its nearest rival, the Burj Khalifa in Dubai.

The Dubai Innovation Index, a survey launched by the Dubai Chamber of Commerce and Industry in cooperation with PricewaterhouseCoopers (PWC), analyses the world’s 28 top global innovation cities. Dubai ranked 15th while Riyadh and Doha came in 17th and 18th place, respectively. Much of the appetite for ‘thinking outside the box’ comes from small and medium-sized enterprises (SMEs). SMEs already account for 95% of all enterprises in the UAE, employing 42% of the workforce and contributing over 60% to the country's GDP, according to Dr. Karim El Solh, Chief Executive Officer of Gulf Capital.

An unexpected silver lining is also emerging from the region’s environmental woes; the birth of a world-class low-carbon industry that focuses on unique and cost-effective solutions to global climate challenges. Regional incentives for low-carbon growth are clear. Lung-damaging dust storms are increasingly regular, temperatures in Kuwait of 54C (129.3F) last year were one of the highest in the world’s recorded history, while Germany's Max Planck Institute for Chemistry and the Cyprus Institute in Nicosia warns that high temperatures could make some areas in MENA uninhabitable from mid-century onwards.

Accordingly, Oman’s Miraah solar-thermal plant – one of the world’s largest– will save 80% of the natural gas currently used for oil extraction at a southern field and the al-Reyadah project near Abu Dhabi marks the Middle East’s first commercial-scale carbon capture, utilisation and storage facility. Combined, the projects will save more than 1 million tonnes of carbon dioxide a year.

Applying novel solutions, as per Gulf leaders’ ethos, to the region’s water scarcity could also herald life-changing progress. The World Bank estimates that water scarcity could incur economic losses of up 14% of GDP across MENA by 2030. Qatar currently relies on desalinated water to meet 99.9% of its municipal needs, while local research suggests that the UAE’s groundwater supply could last 36 years at best. Any lessons learned in the Gulf can be ‘exported’ to addressing the global challenge. The WEF cites water scarcity as one of the greatest risks worldwide over the next decade; 783 million people already lack access to clean supplies.

Efforts must also address the health and lifestyle differences in the Gulf; Qatar has one of the highest rates of GDP in the world while impoverished Yemen has been ravaged by civil war since 2014. This is a basic contrast, but such discrepancies in the region cannot be ignored.

The need for unity is greater than ever, especially as local populations swell. UN data shows that the UAE’s population could grow by 39% to 13.1 million people, Saudi Arabia’s by 37% to 45 million people and Oman’s by 26% to 5 million by 2050. Pinpointing synergies at home and across borders is integral to inspiring positive change locally and educating the world on the region’s new norm. Knowledge is king. 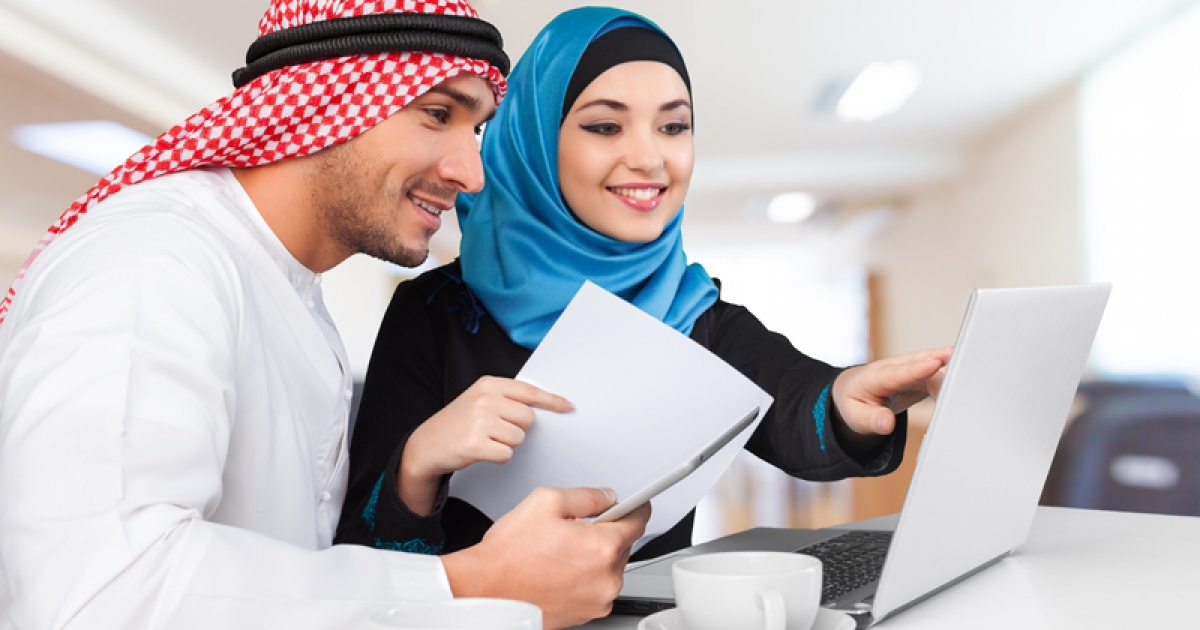