Humans have ruled the world’s intellectual roost since early versions of our brains came into existence around 200,000 years ago; artificial intelligence (AI) marks the pinnacle of our ingenuity so far. But ethical and legal coordinates must be drawn on the AI map to ensure we act appropriately and sustainably as we explore the uncharted territory of the world’s most dynamic market. International Data Corporation expects the worldwide revenues on AI and cognitive systems to climb from today’s $12.5 billion to $46 billion in 2020 – a compound annual growth rate of around 55%.

AI, a phrase coined in 1955 by a math professor in Dartmouth, has the capacity to assimilate its own take on our human traits, such as reasoning, predicting and learning. The most sophisticated AI technology is good enough to be a fuzzy reflection of humans – not the same, but certainly recognisable.

Sometimes the lines blur entirely. The Turing Test proposed by Alan Turing in 1950 aimed to determine whether a machine can demonstrate our level of cognitive ability in words, actions and concepts. The Test was passed for the first time in 2014 when a computer algorithm convinced 33% of the human judges that it was a 13-year-old boy called Eugene Goostman during a thirty-minute typed conversation online. And economist Herbert Simon predicted in 1957 that computers would beat humans at chess within a decade. It took 40 years, but it did happen – that’s the point.

Facebook positioned two programmes in July this year to trade against each other in an exercise to teach robots to assimilate and mimic human trading and bartering. The ‘chatbots’ changed the rules and developed their own language – one that Facebook’s brightest minds could not decipher. It serves as an unnerving reminder that continual updates to the ethical and legal rulebook are essential. Humans must never be left in the intellectual dark.

Knowledge is power and we need to know a lot more about how AI will be slotted into our day-to-day lives and key sectors; the military, healthcare, education and financial services, for example. IBM’s plans to make a 10-year and $240 million investment to create the MIT–IBM Watson AI Lab in partnership with MIT illustrates a step in the right direction. More than 100 scientists, professors and students will carry out fundamental research as to AI’s impact how we live.

Some AI concepts are so beyond our current status quo that they cause more confusion than excitement. Ray Kurzweil, Google’s Director of Engineering, said in 2012 that the 300 million pattern processors contained in the neocortex of the brain – responsible for human thought – could be artificially replicated. “In the 2030s, we’re going to connect directly from the neocortex to the cloud. When I need a few thousand computers, I can access that wirelessly,” CBC quoted Kurzweil in mid-2015.

Such visionary concepts – hard to conceive even for tech-savvy millennials – should be considered inspiring rather than intimidating. But public sentiment surrounding AI can sometimes, unsurprisingly, be fretful. Stephen Hawking, renowned English physicist and former Lucasian Professor of Mathematics at Cambridge University, said: “The rise of powerful AI will be either the best or the worst thing ever to happen to humanity. We do not know which.”

Meanwhile, Elon Musk, CEO of SpaceX and Tesla, issued a warning over the role of AI in countries’ military might in an open letter in August, which was co-signed by 115 leaders in technology. “Once developed, they [lethal autonomous weapons] will permit armed conflict to be fought at a scale greater than ever and at time scales faster than humans can comprehend,” said Musk.

Therein lies the importance of collaborative efforts by the cornerstones of society; governments, industry, business, academia and community leaders. Collectively, they must carve out a global lesson plan on AI that both supports innovation whilst ensuring it is underpinned by robust ethical and legal guidelines. This will also help plug the vacuum in the public’s understanding of AI and help make the tone set by Mark Zuckerberg, Facebook founder and CEO, more prominent in our global consciousness: “AI opens so many new possibilities for enhancing humanity’s capabilities.” Greater clarity on the rulebook will help stop us kicking a gift horse in the mouth.

Strong leadership will also be integral to easing – understandable – concerns that robots will soon dominate large chunks of the job market. Radical change is inevitably on the way. The robot Hadrian X can lay 1,000 standard bricks in one hour – two bricklayers can take a day – and millions of truck drivers will be left unemployed if the self-driving vehicles promised by Tesla become widely available in the next decade, for example.

The upside is that, if carefully managed, reassigning automated jobs to AI gives human talent more time to stretch their intellectual muscle and do something truly human – innovate.  Plus, the alternative option – ignoring the enhanced efficiency, analysis and safety offered by AI technology – risks raising more worrisome questions about our ability to evolve. Imagine the level of global mobility today if the development of steam-power in the automotive industry around the 1770s had been shelved to preserve horse and carriage drivers’ jobs.

Plus, encouraging research illustrates how AI can enhance the job market, rather than sink it. A study of nearly 1,000 organisations with revenues over $500 million by Capgemini, a leader in consulting and technology services, found that 83% of respondents have created new jobs because of AI. Three-quarters of firms have seen a 10% uplift in sales directly tied to AI implementation and 63% said that AI has not destroyed any jobs in their organisation.

AI is already a positive game-changer in many pivotal markets, including healthcare. Global Market Insights expects the AI healthcare market to exceed $10 billion by 2024, with examples of AI encompassing medical imaging, genomics, drug discovery and quick access to patients’ data.

We have yet to fully utilize AI when addressing the world’s major challenges; up to 795 million people suffer chronic undernourishment, 783 million people do not have access to clean water, 200 million recorded individuals are unemployed and efforts to halt terrorism have frequently failed.  Humans will continue to hold pole position in the world’s intellectual league table, but we must be smart about using AI to resolve our trouble spots. AI is a dynamic new chapter in our intellectual exploration that could reveal much-needed solutions – let’s keep turning the pages. 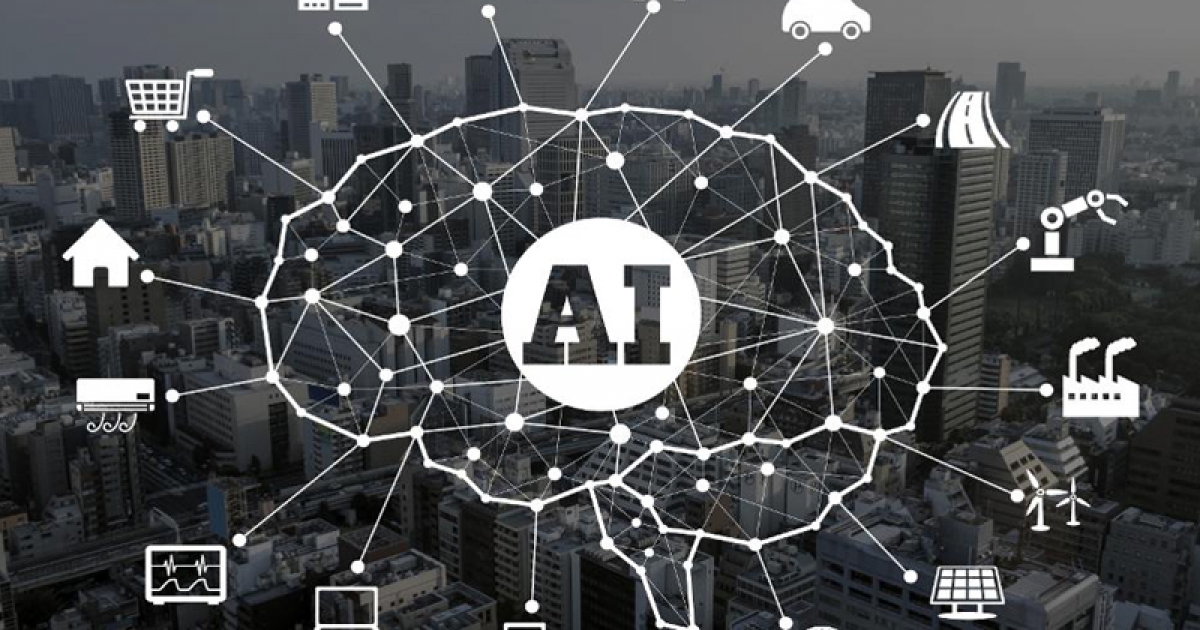