The growth of a low-carbon job market is not a fad; it is a necessity. Our most basic needs – food, water, security – depend on our ability to conjure innovative strategies and skills that can mitigate the severest impacts of climate change.

The global conversation to improve environmental sustainability that has persisted for more than three decades no longer centres on the need to ‘provide a safe future for our grandchildren.’ The negative and oft-unnerving reality of climate change is already upon us – and the clock to deepen the pool of green professionals is ticking louder than ever before.

The ever-growing political momentum behind the Paris Agreement marked a much-needed gamechanger. The first-ever universal and legally binding global climate deal was agreed by 195 countries in the French capital in 2015. This year’s UN-led and annual two-week meeting in the German city of Bonn from November 6th reaffirmed the urgent need to nurture the intellectual toolbox of the next generation to spur green economies – a cornerstone of a low-carbon future.

“Some people may seem to believe that the Paris Agreement is the final destination. That is the wrong perception,” Ban Ki-moon, the UN’s previous Secretary-General said at the World Economic Forum (WEF) in Davos last year. “The Paris Agreement gives the private sector an unprecedented opportunity to develop clean energy and climate-resilient economies.” Therein lies the fundamental driver for political – and subsequent financial – support for the maturing of what is still a relatively embryonic job market.

Historically, low-carbon careers have been viewed as niche and best suited to ‘tree-huggers’. But the Paris Agreement has helped change the tide. Those now pursuing such professions are seen more as champions of a much-needed sustainable future, guardians of a precious earth that we have unknowingly given quite a battering. Water quality technicians, urban food growers, low-carbon car engineers, recyclers, green builders, wave and wind energy producers and solar cell technicians are just some jobs of the future that have been identified by the National Geographic. The burgeoning job market could also play a key role in helping soak up some of the 201 million recorded unemployed persons worldwide, which the International Labour Organisation (ILO) expects to climb by another 2.7 million in 2018.

There is more good news; environmentalists’ battle for green hearts and minds is gaining more and more public support. The Green Energy Barometer Survey conducted by Edelman Intelligence interviewed more than 26,000 people across 13 countries and found that 82% of people support the idea of a world fully powered by green energy. Notably, this is in part due to the potential economic growth and job creation.

The impact of this positive public sentiment is increasingly evident. The International Renewable Energy Agency (IRENA) estimated in 2016 that the renewable energy sector employed 8.1 million people worldwide, excluding large hydropower – a 5% climb on the previous year. China, Brazil, US, India, Japan and Germany were amongst the countries with the highest number of renewable energy jobs, while the solar photovoltaic (PV) sector was the largest employer at 2.8 million jobs worldwide – a 12% climb year-on-year.

"We must ensure that the world’s budding talents have the education, financial and regulatory support to bloom into a generation of green guardians"

Major shifts in the employment market of the world’s largest consumers of energy, respectively, are underway. First up, the China National Renewable Energy Centre (CNREC) said last year that such energy employed around 3.5 million people versus the 2.6 million employed in the country’s oil and gas sector. In the US, the number of sustainability jobs reached 4-4.5 million jobs in 2017, up from 3.4 million in 2011. Job demand is now roughly split between 2.2 million for energy efficiency, 890,000 for the public sector, 769,000 for renewable energy and 174,000 for advanced vehicles, according to EDF. The US’ mitigation efforts are not surprising considering the Government Accountability Office (GAO) estimates that natural disasters have cost the country up to $350 billion in the last decade. Importantly, pursuing a greener career route does not incur financial ills. EDF said the average wage for energy efficiency jobs is almost $5,000 above the national median in the US, while solar workers achieve above the national median of $17.04 per hour.

The challenge is far from won; the frequency and volume of such change must continually increase. The Lancet estimates that polluted air, water, soils and workplaces incur bills that stretch into trillions of dollars per year and account for diseases that kill one in every six people around the world. Human deaths attributed to pollution are triple those from Aids, malaria and tuberculosis combined. Germany's Max Planck Institute for Chemistry and the Cyprus Institute in Nicosia warned that high temperatures could make some areas in the Middle East and North Africa (MENA) uninhabitable from mid-century onwards.

Across South Asia, 43 million people were hit in August by heavy monsoon rains and flooding, while 18 months of drought caused by El Niño and higher temperatures linked to climate change have caused acute food shortages for millions of people in East Africa. Around two-thirds of the globe’s population will face water shortages by 2025 – a very short eight years away. Global Risk Insights highlights just one example of a challenge with far-reaching consequences; drought conditions in China in 2006 threatened 182 million hectares of farmland, 8.7 million livestock and 95 million people. The list of examples – unfortunately – goes on.

Upgrading our low-carbon skillset to mitigate the most negative impacts of climate change is also integral to preserving national security. Approximately 65.3 million people – one person in 113 –  were displaced from their homes by conflict and persecution in 2015, said the United Nations High Commissioner for Refugees (UNHCR). Failing to nurture a new generation of green thinkers now could lead to weak climate mitigation measures in the future and force populations to make – most likely haphazard – relocations as water scarcity intensifies, crops struggle and temperatures shift.

Europe’s challenges with human migration today may pale to what the region faces in two decades. “See what happens when climate change drives people out of Africa – the Sahel [sub-Saharan area] especially. And we are talking now not just one or two million, but 10 or 20 million. They are not going to South Africa – they are going across the Mediterranean,” retired (2017) Brigadier General Stephen A. Cheney, US marine corps was cited saying in the Environment Justice Foundation’s (EJF) report in November.

The risks are very real, but so is our cognitive talent to tackle one of the biggest challenges humankind has ever faced. Now government, academia and industry must unite their efforts to ensure that the world’s budding talents have the education, financial and regulatory support to bloom into a generation of green guardians. 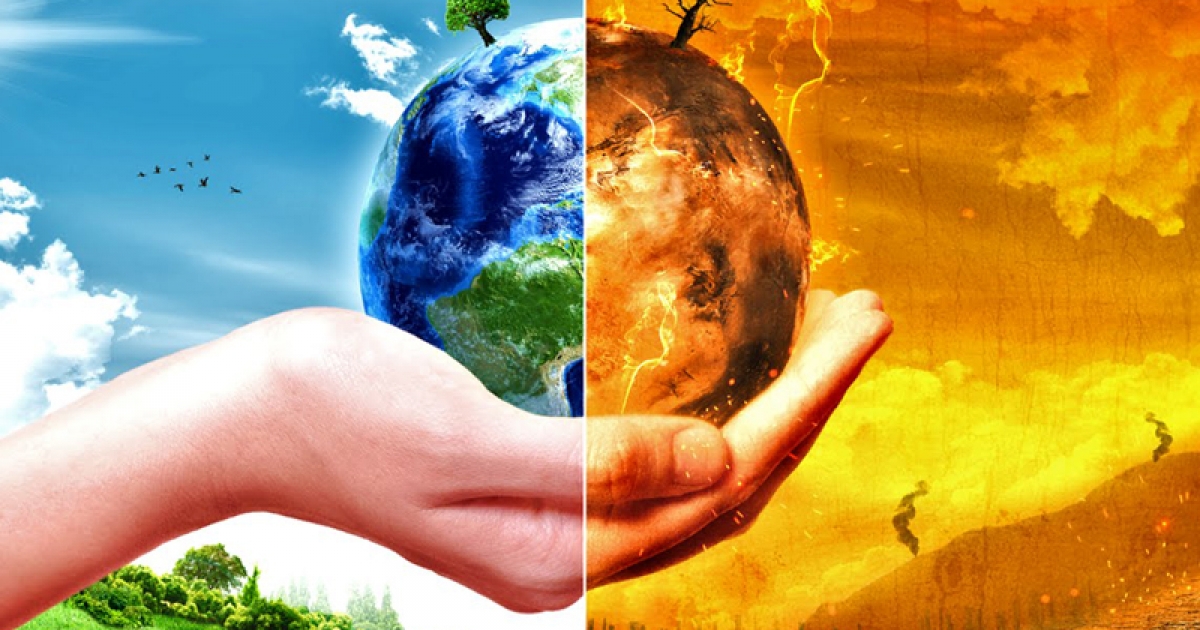