Change is unpredictable; our reactions cannot be. Leaders must unite their efforts to establish clear roadmaps to ensure that the tide turns for the world’s major challenges. As American entrepreneur Jim Rohn said: “Either you run the day, or it runs you.” Today’s reality must have a new face by the 31st December 2018.

The good news is that we are starting 2018 on a sound economic note. The International Monetary Fund (IMF) has raised world growth forecasts to 3.6% in 2017 and 3.7% this year, from 3.2% in 2016. The World Economic Outlook (WEO) expects stronger activity, more robust global demand, reduced deflationary pressures and optimistic financial markets to help drive growth.

But hurdles of uncertainty still dot the horizon. Multiple question marks surround the geopolitical and economic landscape alone. Will Britain outline an agreement to pin down Brexit plans with the EU by March and will the 280-character Twitter conversations on global security between US President Trump and North Korea’s Kim Jong-un escalate? And how far-reaching will the impact of the US tax bill agreed in late-December – the biggest such reform in three decades for the world’s biggest economy – have on global trade and commerce? Looking eastwards, how will the multi-billion US dollar investments and deepening of foreign alliances associated with China’s ‘One Belt, One Road’ programme and India’s ‘Think West’ policy play out?

Such examples are the tip of an ever-growing iceberg of political guesswork. Therein lies the importance of not allowing today’s positive economic signs to feed complacency tomorrow. "The road ahead is not an easy one. We do not underestimate the difficulties facing us,” wrote the IMF’s Executive Directors in 1946, following the inaugural meeting. Such sentiment serves as sound advice seven decades on.

A call to roll up the world’s hypothetical sleeves and get down to work must be reinforced at the World Economic Forum’s (WEF) Annual Meeting in the third week of January in Davos, Switzerland. Multiple and interlinking agendas that form the heart of a well-functioning global society will be addressed; global, geopolitical, economic, regional, industry and business and that of the future. Expectations for viable solutions are rightly high, with the intellect, creativity and financial nous of more than 2,500 thought leaders gathered under one roof.

Notably, women will co-chair the Davos meeting. This gives immediate credence to the theme of the gathering: ‘Creating a Shared Future in a Fractured World’. Female voices predominately guiding the microphones of such high-level conversations could mark a stepping stone to cutting back the shocking 217 years that the WEF’s latest Global Gender Gap Report expects it to take before economic parity between the sexes is the norm. Why should we –men and women – wait until the year 2234 to have a fair footing? And can the world really afford to stymie its GDP growth by dampening half of its intellectual talent? Answering those questions should top leaders’ agendas in 2018, especially as the WEF’s estimate has increased by 27% from the 170 years noted in its 2016 report. We must equally focus on the fact that there are already springboards of hope. Out of the 142 countries covered by the WEF’s index in 2016 and 2017, 82 countries have increased their overall gender gap score in 2017– equating to 57%. Let’s raise that percentage in 2018.

Halting the rising degree of human suffering must also top leaders’ agendas. The UN Refugee Agency's annual Global Trends study found that 65.6 million people were forcibly displaced worldwide at the end of 2016, which is more than the UK’s total population and about 300,000 more people than in 2016. Take a moment to consider the woes and heartache behind the statistics. Our modern-day reality is that children in war-torn Yemen are dying of diseases that have been overcome 100 years ago elsewhere.

Unsurprisingly, the UN’s Emergency Relief Coordinator warns that a record high volume of aid funding is needed to deliver lifesaving assistance around the world in 2018, at more than $22.5 billion. Funnelling more aid to trouble spots is a solution, but not a sustainable one. Surely our collective political, economic and social influences, all aided by real-time communication, are advanced enough to reduce such shocking headline figures? We must quicken our pace – lives are lost as solutions are sought.

Uniting efforts will also be key to implementing the major changes for low-carbon growth, as outlined in the Paris Agreement, the world’s most comprehensive climate-related deal secured in the French capital in 2015. For one, confirming the rough rulebook of a global carbon pricing mechanism would mark a momentous step in what has been a circuitous conversation for more than two decades. As of last October, almost 1,400 companies factored an internal carbon price – a tool for risk management and decarbonisation strategies – into their business plans, according to CDP. This represents an eight-fold leap in take up in the last four years and includes more than 100 Fortune Global 500 companies with collective annual revenues of $7 trillion. Let’s leverage their efforts.

As the world becomes increasingly interlinked, we must heighten our digital defences against cyber attacks. We cannot afford to be vulnerable to digital vigilantes, who are fast emerging as a global, well-organized, well-armed and invisible mafia. The average cost of cyber-crime globally climbed to $11.7 million per business in 2017, which marks a 23% increase from the $9.5 million reported in 2016, according to Accenture and the Ponemon Institute last September. The bill for 2017 represents a 62% increase over the last five years.

Failing to establish comprehensive digital blockades risks damaging leaders’ plans for positive change. The cyber-attack on the UK’s National Health Service (NHS) system last May illustrated how digital attacks have the potential to cause public havoc. More talented brains will inevitably join the ranks of the invisible mafia in 2018. We must ensure the good guys are smarter. This extends to investing more time and capital into the digital fluency and critical thinking skills of today’s youngsters. Popular estimates show that up to 65% of school children today will have job titles that do not yet exist. So, leaders must ramp up the creation of constructive career channels for budding talents who are eager to stretch their intellectual wings.

Open-mindedness will be the global glue that unites the world’s 196 countries in a proactive and positive roadmap for 2018. This must include embracing – and not challenging – the growth of emerging markets. Consultancy firm PwC said last February that emerging markets (E7) could grow around twice as fast as advanced economies (G7) on average, with six of the seven largest economies in the world projected to be emerging economies in 2050, including China, India and Indonesia. Looking at China alone, the country’s projected share of the world’s GDP at purchasing power parity (PPPs) could account for a staggering 20% by 2050, versus the 9% for the EU 27’s share. Equally, emerging economies must enhance their institutions and infrastructure to realize their growth potential. Efforts on both sides will create a win-win scenario.

Copious forecasts aside, surprises will inevitably emerge this year. While to expect the unexpected has become the norm, dealing with it takes planning. Communication, collaboration and tolerance are key skills that must be etched in leaders’ playbook to ensure 2018 is a landmark year for positive change. Are you ready? 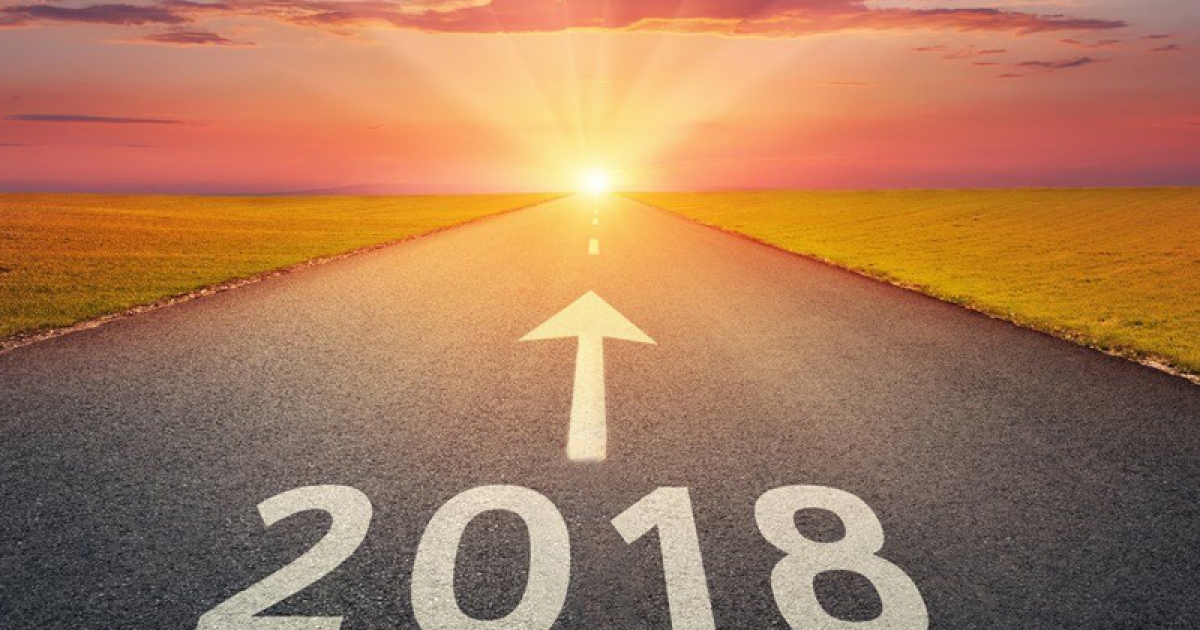