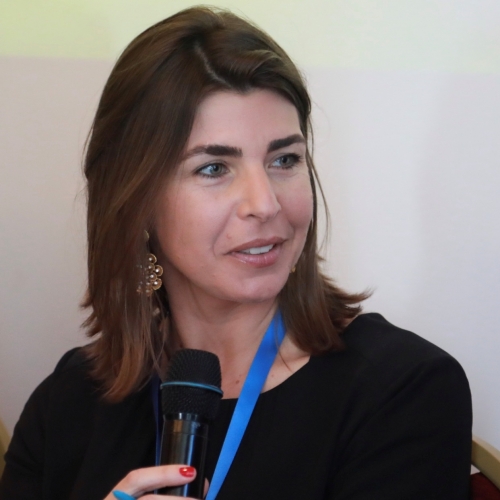 Myriam Sfeir joined the Arab Institute for Women (AiW) in 1996. She is currently the Director of AiW. Previously she served as senior managing editor of Al-Raida, the double-blind peer-reviewed journal published by AiW.

She has over twenty five years of experience working in the area of women’s rights issues and gender equality and ample experience doing research, expert analysis and trainings. She has worked on several groundbreaking projects that dealt with various subjects considered taboo in the Arab world (sexuality, honor killings, incarcerated women, homosexuality, etc.). She has organized several international and regional conferences, film festivals, and lectures at LAU. Myriam is knowledgeable on issues related to human rights, gender-based violence, and sexuality.

Myriam earned her Bachelor degree in Philosophy from the American University of Beirut and her Master’s degree in Interdisciplinary Women’s Studies from the University of Warwick, United Kingdom.