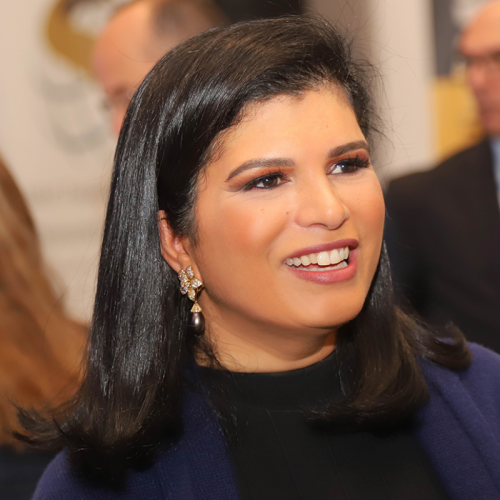 Her Royal Highness Princess Sumaya bint El Hassan is President of the Royal Scientific Society (RSS) and Chair of the Board of Trustees of Princess Sumaya University for Technology (PSUT).

The Princess is the Chair of the World Science Forum 2017, which will be held in Jordan, she is also Director and Chair of the National Campaign for Public Awareness of the Drivers of Change, a Jordanian initiative to outline and debate the factors that are driving change in the Kingdom and President of the Board of Governors of the UN ESCWA Technology Center. She is an advocate of science and technology as a catalyst for change in the Arab World, through education, research and innovation. The Princess seeks to promote sustainable development by maximising human potential through education and opportunity.

The Princess is an avid archaeologist and is closely involved with the work of the British Institute in Amman for Archaeological Research and the Council for British Research in the Levant. HRH was appointed by HM Queen Rania as Vice Chairman of the Board of Trustees of the first Jordan National Museum, where she is overseeing its development.