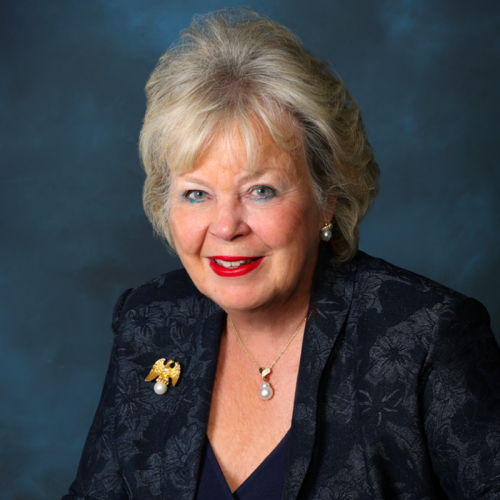 Ambassador (ret.) Mary Carlin Yates served as a diplomat at the Department of State for 32 years primarily in three geographic areas: Asia, Africa and Europe, at US military commands and the White House, National Security Council (NSC).

She is currently an independent consultant on national security matters having worked for Deloitte Consulting and The Jones Group.

She is currently an active board director at the Atlantic Council, Washington DC, heading their Task Force work on Sudan; a trustee for Oregon’s World Affairs Council—World Oregon; as well as Oregon State University Honors College Board of Regents; and as trustee for OSU Foundation. She was selected as a member of the distinguished American Academy of Diplomacy since 2014.

Ms. Yates graduated from OSU in 1968 with a B.A. in English; MA from New York University in comparative East West Humanities; and was awarded honorary doctorates as commencement speaker from Oregon State University in English in 2007 and from the University of Portland in Public Service in 2019.  She was also honored as OSU’s CLA Alumni Fellow in 2015.