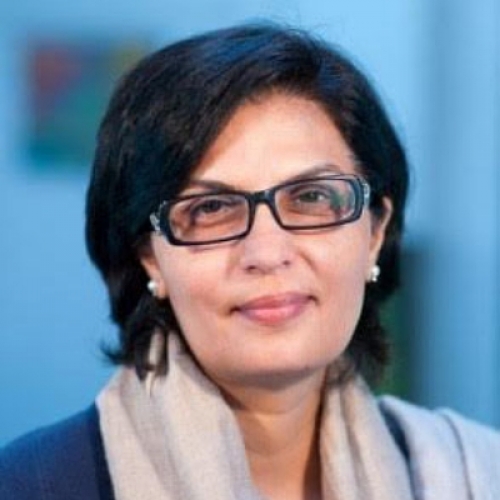 Dr. Sania Nishtaris a member of the United Nations Global Alliance on Poverty Eradication. She is the former co-chair of World Health Organization’s High-Level Commission on Non-communicable diseases along with the presidents of Uruguay, Finland and Sri-Lanka.

She is also a member and former chair of the World Economic Forum’s Global Agenda Council on the Future of Healthcare and has recently chaired the U.S National Academy of Sciences Global Study on the Quality of Healthcare in low and middle-income countries. In addition, she also chairs the United Nations International Institute for Global Health’s Advisory Committee. She has founded the NGO Heartfile in Pakistan and has also previously served as a federal minister in the Pakistan government in 2013.

In 2017, she was Pakistan’s nominee for Director-General of the World Health Organisation and was in the final shortlist of three. Earlier she was also founding Chair of the UN Secretary General’s Independent Accountability Panel for Women’s and Children’s health and chaired WHO’s Commission on Ending Childhood Obesity. She has received many international awards for her work and is widely published. Sania Nishtar graduated from Khyber Medical University as the best graduate in 1986. She is a Fellow of the Royal College of Physicians and took a Ph.D at Kings College London. On October 16, 2019, Kings College London honoured Dr. Sania with a Doctorate in Science, Honoris, Causa. In Nov 2020, Dr. Sania Nishtar has also been included in BBC’s list of 100 influential women of 2020.