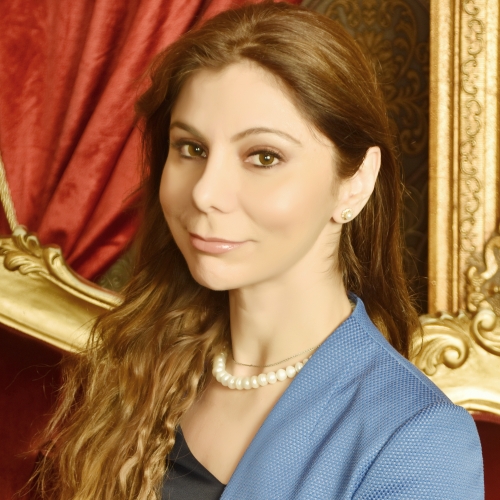 She received the Global recognition award for her performance in internal audit. Marina also served as the Chair of the London Citigroup 'Charity of The Year Fundraising' Committee. Marina acts as a mentor for the University of Warwick as well as the Global Thinkers Forum. Marina is a qualified Chartered Accountant and member of the Institute of Chartered Accountants in England and Wales. She studied FinTech at the University of Oxford Said Business School, during which she developed a FinTech innovation idea aiming at fundraising for people impacted by natural disasters. Marina studied Investment Management at the London Business School and has an MSc in Economics & Finance from Warwick Business School.  She is a Warwick University Ambassador and an Executive Member of the Warwick Business School Finance Network, organizing Finance related speaker series events at The Shard. Marina also sits at the University of Warwick 'Audit' Committee. She has also been appointed as governor of the 'New City College' and participates in its 'Strategy' and 'Audit' Committees. Marina is an Executive Board member of the 'Hellenic Centre' in London. She also sits at the 'Hellenic Bankers Association' Committees and is driving the 'HBA Student Award', given to a Greek/ Cypriot student every year. She acts as a guest speaker to conferences globally specializing in subjects such as leadership and innovation.

Marina enjoys travelling and experiencing different cultures and customs. She is a multiple award-winning photographer and exhibited globally. Marina collaborated with the 'Institute of Natural Resources in Greenland' to support their research through her photography work on whales. In 2018, her work was included in the Biennale of 'Fine Art & Photography' in Barcelona. Marina published five photography books. Marina launched her own brand selling home décor, lifestyle and apparel which depict prints of her photos.