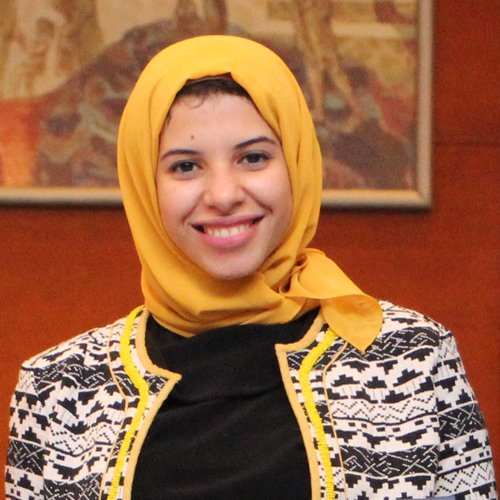 A: Egypt lies in North Africa, also extends into Asia by virtue of holding the Sinai Peninsula. Egypt is well known as the home of the ancient Egyptian civilization, with its temples, hieroglyphs, mummies, the pyramids and the sphinx, Egypt also has medieval heritage, courtesy of Coptic Christianity and Islam - ancient churches, monasteries and mosques punctuate the Egyptian landscape.

Hajar Ibrahiem is a policy analyst in the “Governance center - Ministry of planning, follow up and administrative reform- Egypt” before that she works as a senior software developer at the private sector for three years.

She holds a Diploma in “System Development and Mobile Applications - Information Technology Institute (ITI)”, she currently works on her Master Degree in Cloud computing technology as she believes that ICT is deeply integrated into achieving sustainability goals.

Hajar is proud to be an Egyptian Red crescent Volunteer, the “ERC” is particularly interested in women and youth empowerment, the economic empowerment of the most vulnerable communities and helping the refugees. She is also a member at the “Emergency action teams” that offer their services during conflicts regarding first aids, psychological support and restoring family links.

Hajar had the chance to travel to Europe, Asia and Africa, she visited many countries as Italy, Switzerland, France, China and Hong Kong. She was nominated to “HUAWEI” Seeds for the Future program to travel to China and experience the Chinese culture and get closer to HUAWEI latest technologies, she also represented the “Egyptian Red Crescent” in many occasions as the international AtlantisX camp in Italy under the name of “Engaged Youth for stronger national societies” where she met amazing youth from all over the Mediterranean countries, and the 32nd International Conference for the Red Cross and Red Crescent National societies in Geneva, she was elected as a youth representative at one of the Egyptian Red Crescent societies in which she proudly worked with the other volunteers on promoting the concept of (Youth as agents of Behavioral Change – YABC).

Hajar was a trainee at the” Presidential Leadership Program (PLP)”, she was a member at the organizing team of the (World Youth Forum) held in Sharm El Sheikh - Egypt 2017, as well as she was one of the speakers at the forum during the (women Empowerment) session, she also participated at the “MUN” during the “WYF” with the attendance of the Egyptian President Al-Sisi, the Egyptian Foreign Affairs Minister Samah Shokri and the French Foreign Affairs Minister Le Drian. She also participated many times at the Egyptian Cabinet Model, Cairo international Model of Arab League, and Cairo international Model of United Nations at the “AUC “ where she had the award of First honourable mention delegate.

Hajar is looking forward to bring a positive social impact to her community, beloved country “Egypt” and all the marginalized and discriminated people all over the world.

Egypt is probably one of the most popular tourist destinations worldwide. Although most people come to Egypt to view its ancient monuments, natural attractions beckon travelers too. The Red Sea coast is known for its coral reefs and beach resorts. A trek through the Sahara can lead visitors to refreshing freshwater spring oasis.
Egypt's most important cities to visit are Hurghada, Dahab, Sharm el-Sheikh, Luxor and Aswan.

About me, I`m Hagar Ibrahiem, 26 years old, I have a bachelor degree in computer science, I worked as a business analyst at the ministry of planning and administrative reform, and a free-lancer software developer. I've got a diploma in system development and mobile application, and currently working on my master degree. I`m also an Egyptian Red Crescent volunteer.

A: I think the world faces a lot of threats such as poverty, insecurity, lack of education, religious conflicts and climate change. On the other side, I believe this is expected as each era in history had its own problems and challenges to deal with. Despite the dire state of the world today, I still choose to stand on the glass is half full side of the spectrum, that`s because many

A: Mentors are advisers, motivators and role models, who believe in their mentees, see their potential and help them get to where they want to go. I can imagine how will be the difference in the world if each child and adult has a mentor for a period in his life to transfer him the experiences, the life lessons and save him the social cost of gaining experience.

A: The Information Technology Institute (ITI) in Egypt, is a non-profit initiative aims to build local ICT talents and empower ICT capacity building.

A: "Hala Aranda", The Director of Public Affairs and Communications - Huawei Technologies - Egypt

A: "I think everybody should get rich and famous and do everything they ever dreamed of so they can see that it's not the answer."
- Jim Carry.

"The woods are lovely, dark and deep, But I have promises to keep, And miles to go before I sleep"
- Robert Frost

A: Dedication and Persistence 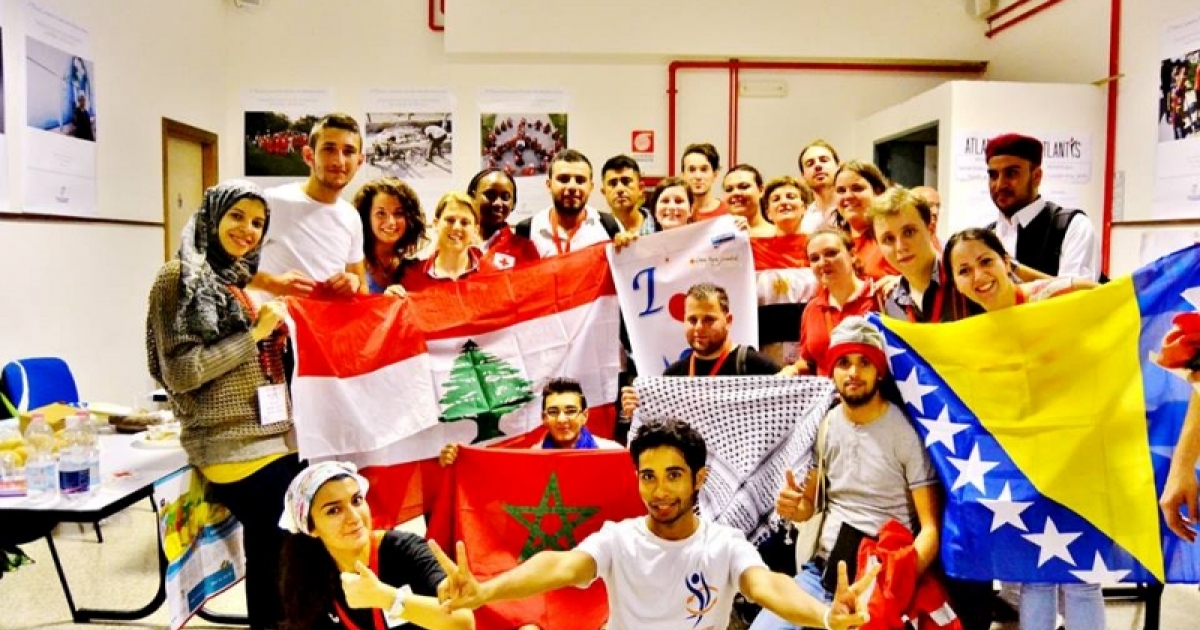