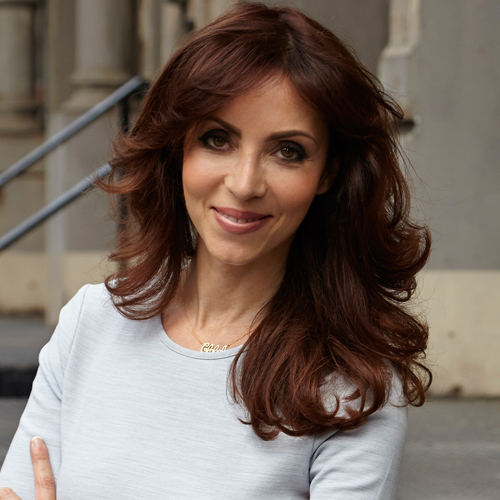 Elizabeth Filippouli is a social entrepreneur with a background in Journalism having worked with mainstream media in Athens, Greece and internationally in the US and the Gulf.

For the last 8 years she is the Founder & CEO of Global Thinkers Forum (GTF), a global platform that works as an agent for positive change by connecting international thought leaders and promoting values-based leadership, collaboration and partnerships. GTF is London-based with an international advisory board and presence in 7 countries: UK, USA, Jordan, Turkey, Greece, UAE, Saudi Arabia and a fast growth rate.  It was launched in 2012 in Amman, Jordan under the patronage of Her Majesty Queen Rania and has engaged influencers from business, philanthropy, academia, media, literature.

In 2015 Global Thinkers Forum launched an international mentoring programme, Global Thinkers Mentors, pairing youth and women from all over the world with accomplished individuals across 50 countries. Elizabeth is a passionate advocate of taping into female talent and intelligence in order to create prosperity, peace and happier societies.

In 2018 and as part of its tireless efforts in support of SDG 5, the organisation launched Athena40 the first ever global ranking of the top 40most innovative women from across all industries. The ranking is based on public nominations and merit and will be announced every two years (the first one being in 2020 in London).

Elizabeth also sits on the Global Advisory Board of the Prince’s Trust International, focusing her efforts on global partnerships for development and access to opportunities for youth internationally.

Elizabeth has read Strategy and Innovation at Said Business School of Oxford University (MBA), Transnational Media and Globalisation at London City University (MA) and has taken the Harvard Executive Education Kennedy School of Government programme on "Shaping Change in the Information Age". She is a CNN Fellow. In 2016, Elizabeth was named among Oxford University’s Said Business School’s 42 top graduate entrepreneurs.